Southern Africa’s most open and most secretive state institutions 2014 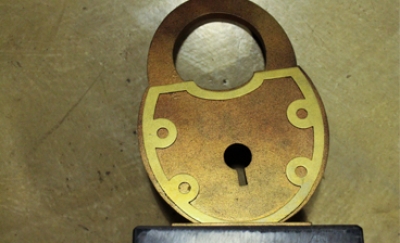 From Sunday 28 September, Media Institute of Southern Africa (MISA) Chapter offices have been marking International Right to Information Day across the region by announcing the recipients of this year’s Golden Key and Golden Padlock Awards.

Part one (Botswana to Swaziland)

The recipients of this year’s Golden Key Award for the most open government or public institution were:

Botswana– Due to poor performance across the board, no public institution received the Golden Key Award in 2014.

Lesotho– Office of the Ombudsman

The recipients of this year’s Golden Padlock Award for the most secretive government or public institution were:

Swaziland – Ministry of Education and Training

Research was carried out in eight southern African countries between May and July 2014. Researchers evaluated institutions’ websites, or lack thereof, and surveyed their willingness to engage with the public by sending out written requests for information and requesting information via telephone or in person.

One significant improvement MISA has observed over the past five years is an increase in institutions with websites and improved quality of these websites. This year, we were encouraged to see almost all surveyed institutions have some sort of online presence. We are also slowly starting to see institutions develop a social media presence.

Unfortunately the trend with regard to responses to written and oral information requests is not so positive. Most countries reported little to no improvement in this category over the years and Malawi had their worst results in the five years of research.

“But the buck doesn’t stop with legislation,” said Ms Titus.

“While ATI legislation is an important tool to encourage governments to become more transparent, it is also the responsibility of each individual institution to make the choice and the effort to be more proactive in releasing information to the general public, both in terms of general information on their website and responding to requests for specific information.

“An informed and empowered citizenry is the basis of a strong and legitimate democracy, something every country should aspire to,” she said.

What is clear from MISA’s 2014 report, Most Open and Secretive Government Institutions in Southern Africa, is that public institutions in the region continue to improve with respect to the provision of information through information and communication technologies, but have been unable or unwilling to improve their ability to respond to public requests for information.