Home 9 Media freedom 9 Freedom in the World 2022 Report: A glimpse on trends in Southern Africa

Freedom in the World 2022 Report: A glimpse on trends in Southern Africa

The recently published Freedom in the World Report is a key report on trends and standings of several countries in the world focusing on global freedoms, internet freedoms and democracy scores.

For the internet freedom score, issues for assessment include obstacles to access, limitations on content and violations of user rights.

The democracy scoring on the other hand focuses on countries in Central Europe and Central Asia, hence there are no rankings for African countries in that regard.

Below are the rankings with regards to Global Freedom: 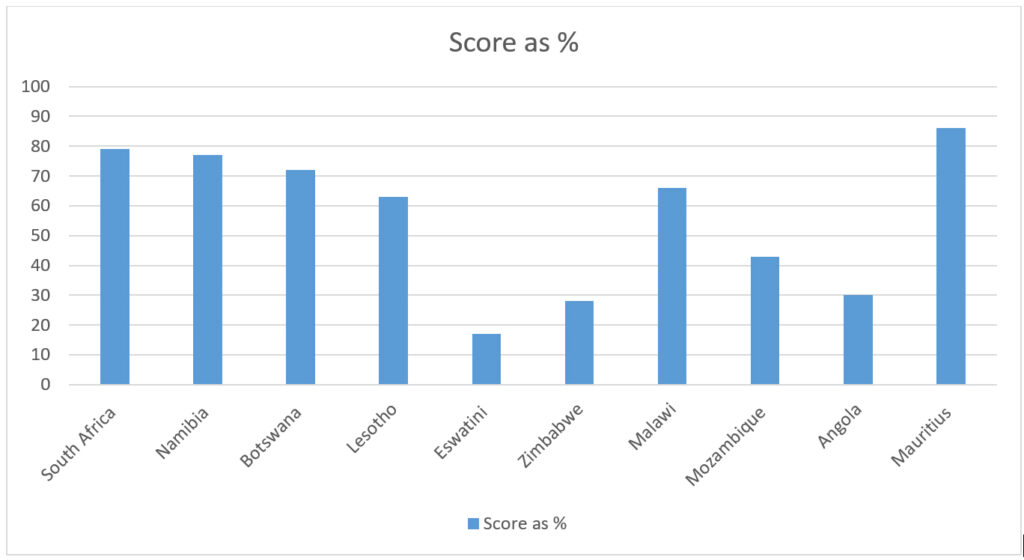 From the above graph, some of the countries are therefore ranked as free, partly free and not free. This is elaborated in the table below:

South Africa and Mauritius are therefore the most free while Eswatini and Zimbabwe are the least free countries in Southern Africa based on the rankings of the report.

Pertaining to internet freedoms, 70 countries were assessed. From those 70 only five (5) countries are from the Southern African region. The overall scores for those countries are as follows together with their status on whether they are free, partly free or not free: 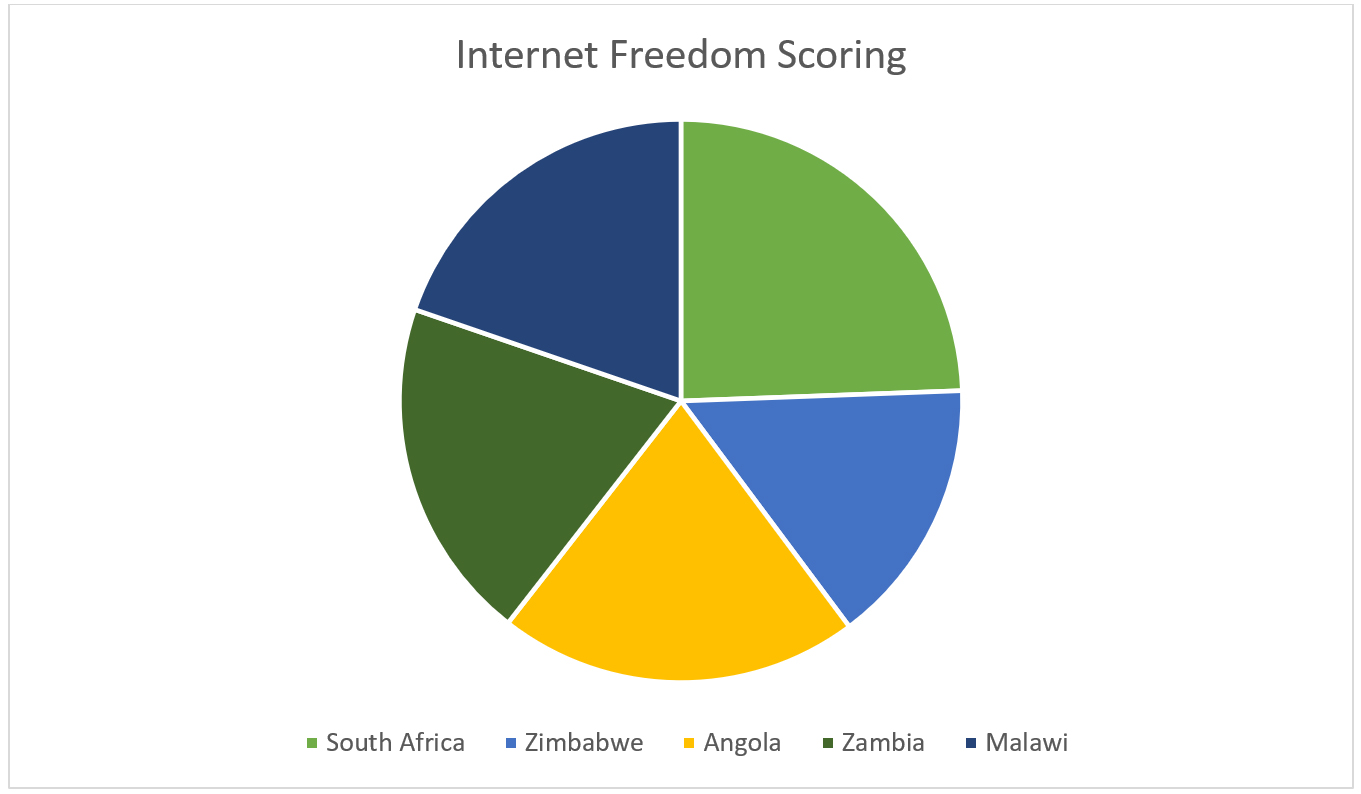 Of the countries listed above, Zimbabwe is the least ranked at 46% while South Africa has the highest scoring at 73%. All of these countries are partly free except South Africa that is ranked as free as far as internet freedoms are concerned.

Of note from the rankings, is that all the above countries had the lowest score on obstacles to access, meaning that there are several obstacles to accessing the internet in Southern African countries. These can be legal, regulatory, economic or infrastructural limitations.

In the month of January 2022, the MISA Regional Director, Tabani Moyo made projections on the state of expression in the region, which are relatively in sync with the report’s findings.