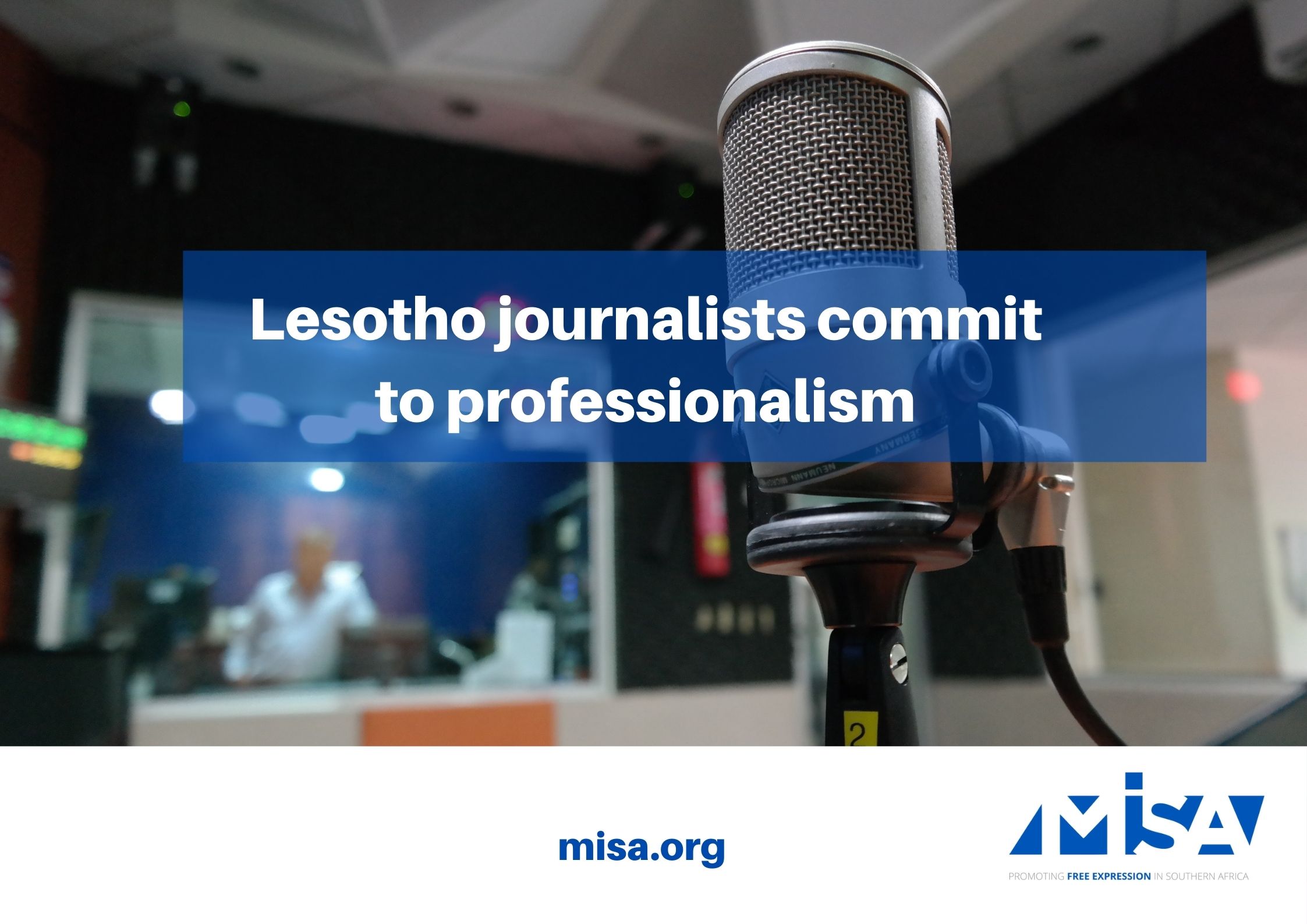 12 Apr, 2022
Statement on the pledge made by journalists in Lesotho to uphold ethical principles of journalism during the elections that are due to be held later this year.

Journalists in Lesotho have launched a pledge to uphold ethical principles of journalism during elections that are due to be held later this year.

The pledge was crafted by MISA Lesotho, with journalists signing it after the organisation’s annual general meeting held in Maseru on 2 April 2022.

Nizam Goolam, the chief executive officer of the Lesotho Communications Authority, described the pledge as an important milestone in professionalism and reporting on elections.

“Elections are a critical ingredient in democracy and it is very important that election reporting is handled with utmost professionalism,” Goolam said.

“Any unprofessional reporting of elections is a dangerous weapon against peace and stability.

“It is, therefore, important that we take today’s pledge with all the seriousness it deserves because, through it, we will register great strides in restoring confidence to our listeners and readers.”

Goolam said to ensure the pledge does not just become a fancy document that gathers dust, the Lesotho Communications Authority “will ensure that it is packaged and broadcast across all media houses”.

“In that way, even the public will acknowledge our efforts towards professional election reporting,” he said.

“Through our partnership with MISA, we will leave no stone unturned to professionalise the sector.”

Independent Electoral Commission public relations manager, Tuoe Hantsi, said the Commission’s door was always open and they were ready to engage with journalists.

MISA Regional Governing Council chairperson, Golden Maunganidze – who led a delegation to Lesotho – was the first to sign the pledge.