Zimbabwe: Protecting media freedom and access to information in 2020

Refine the Freedom of Information Bill

The Bill still needs refinement by including provisions such as providing for access to information held by private bodies and the establishment of an independent body to monitor compliance with the proposed law.

The Bill should include several recommendations from media stakeholders such as decriminalising the media profession, allowing for media self-regulation as part of a co-regulation model and removing the Minister of Information’s wide powers over the Zimbabwe Media Commission.

Ensure Zimbabwe’s proposed Protection of Personal Information Bill curbs violations of privacy and is not used by the state as a basis for surveillance that infringes citizens’ right to privacy.

Transform ZBC into an independent broadcaster

Increase pressure on the government to transform the Zimbabwe Broadcasting Corporation (ZBC) into a truly independent public broadcaster.

Make registration and application fees for community radio stations affordable. The application process should also aim to promote the freedom of the establishment of broadcasting services as articulated in Section 61 (3) of the Zimbabwe Constitution.

Investigate and prosecute crimes against journalists

Demand that police investigate and prosecute cases involving the assault, harassment or unlawful detention or arrest of journalists and other media practitioners conducting their lawful professional duties.

Encourage government, police and members of political parties to issue statements condemning media freedom violations. These should include clear warnings of the consequences of committing such violations.

The media and police should revisit and finally implement the 2017 resolutions and action plan aimed at improving the working relationship between the media and the police.

Continue to provide and develop journalism skills for journalists in line with global media trends as part of efforts to ensure a professional and ethical media. 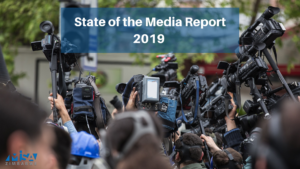 These recommendations are taken from our annual state of the media 2019 report. You can find all of these in our resource centre on our website. You can also download a PDF copy of the 2020 Way Foward to print and share.

You can also take a look at the Way Forward 2020 recommendations for MISA Malawi, MISA Lesotho, MISA Mozambique and MISA Zambia.

@TabaniMoyo @bbmhlanga @ChidiChengeto @HStvZim @MAZ_Zim @nompilo_simanje @mmatenga @CocoinZim https://t.co/hdFasIiQH6
1
1
We use cookies on our website to give you the most relevant experience by remembering your preferences and repeat visits. By clicking “Accept”, you consent to the use of ALL the cookies.
Do not sell my personal information.
Cookie SettingsAccept
Manage consent